WHAT IS A FAÇADE AND THE TYPES OF FAÇADE?

No two projects are ever the same... but there are some features that all façades share.

The term comes from the French word ‘facade’, meaning face or frontage.

In the building world, that could include everything from solid walls to glazing and cladding. However, we refer to façades as the features that are fixed to the building exterior for reasons other than structural integrity.

What is the purpose of a façade?

Think of an overcoat. A typical façade acts as a building’s main protection against the external elements that could damage its structure - such as rain, wind, frost and sun. It can also insulate the building and (seemingly contradictory) cool it down. And, to continue the clothing theme, façades are also used by architects to make a striking design statement.

Architectural façades are often used on the exterior of hotels, hospitals and office blocks but are increasingly seen on multi-storey car parks. Although some façades have performance qualities (to allow natural light and ventilation into a building, or cut out noise or light pollution from within) they are mainly designed to look great. Perforated panels, laser-cut shapes, twisted fins and 3D creations, combined with the expertise of façade specialists, produce infinite design possibilities.

As the name suggests, climate façades shield building structures from the effects of rain, wind and sun. As well as providing a physical defence, today’s climate façades also make the most of a simple law of physics to give buildings a cooling ‘air wash’. As air warmed by the sun passes through the protective façade of perforated panels or angled blades, it starts to reduce in temperature and fall ― creating a cooling effect between the façade and the building envelope.

Rainscreen cladding can extend the life of a building. As well as protecting buildings from the weather, rainscreen systems improve thermal performance – reducing heat loss and saving energy – help prevent the spread of fire, and can greatly improve a building’s appearance. Typically made from solid panels fixed to a lightweight sub-structure, they incorporate an air cavity that encourages air circulation (reducing condensation and humidity). This ‘chimney effect’ helps keep buildings cool in summer and maintain a warm and steady interior temperature during winter.

Maple used laser-cut aluminium panels with an abstract sea-faring design on the seven-storey Kings Dock car park in Liverpool. The façade protects users from the elements but allows natural light and ventilation.

A climate façade on Northamptonshire Police’s new headquarters was created with horizontal blades that provided shade and produced a natural cooling effect.

To discover how Maple’s façade products and years’ of experience can help your next project, get in touch.

ARCHITECT-INSPIRED ROOFTOP PLANT SCREENING AT THE HEART OF SHEFFIELD DEVELOPMENT

Maple’s plant screening systems are designed to protect important machinery and equipment from the elements and to control airflow. They’re also increasingly important features in improving a building’s appearance by hiding electrical, heating and ventilation units from view. 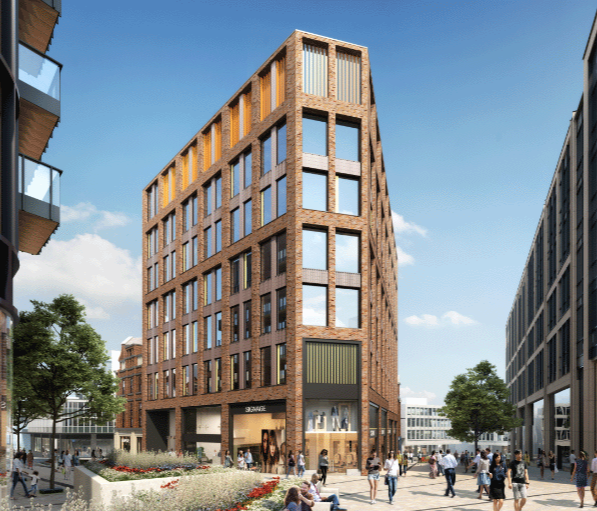 Maple's facade systems are available in a range of materials, finishes and sizes to create the desired architectural effect on a building. Solid and perforated facades are most common, but architectural facades are bespoke for each project. 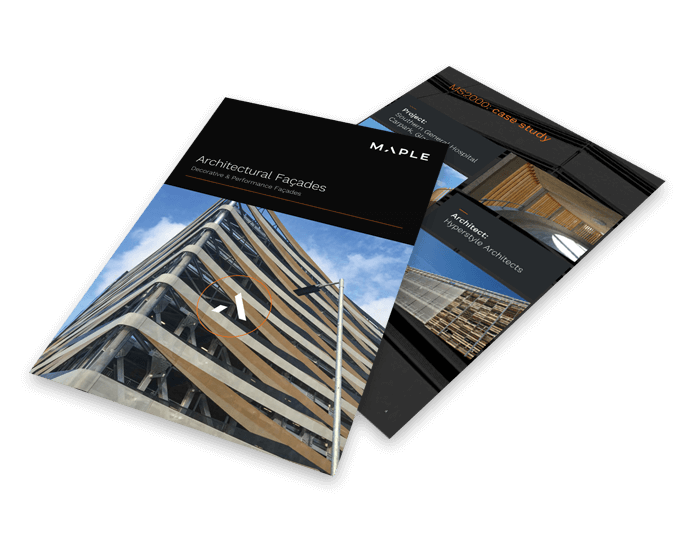