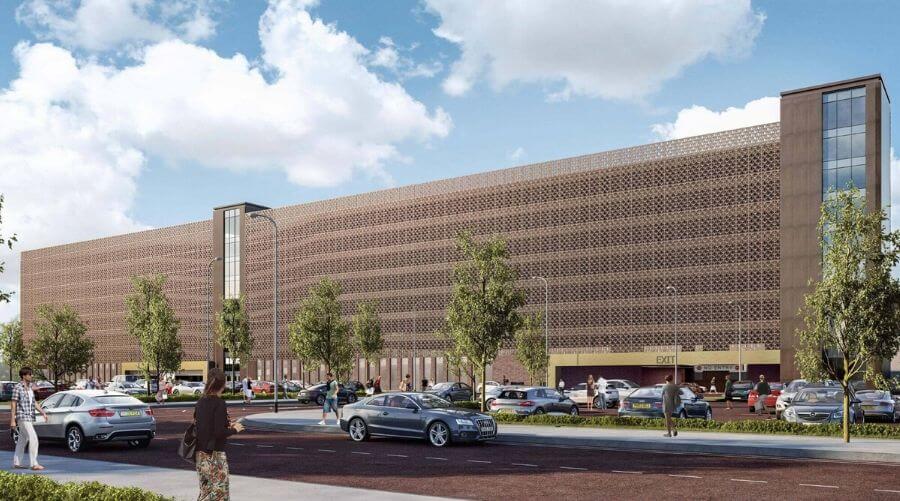 Maple are set to carry out specialist testing on a new architectural façade for a Liverpool car park.

We’ve been commissioned to create three types of panel for the new, nine-storey car park at Monarch’s Quay. But production won’t continue until prototypes of the solid, laser-cut and expanded mesh panels have been tested at VINCI Construction UK’s Technology Centre.

The specialist facility will use a pair of Rolls-Royce engines – taken from an old Shackleton bomber – to simulate the impact of 50-year storms.

The tests are designed to give peace of mind to clients Liverpool City Council, with Maple Projects Director, Sean McGrath, expecting the products to stand up to the toughest test conditions. He said: “The car park is being built on an exposed site, so all our panels have been designed to withstand wind of up to 120mph.

“The panels have been designed with internal stiffening ribs for additional strength, and have gone through thorough testing at our factory. The specialist, independent tests are designed validate our own design and calculations.”

The new 1,650-space car park will serve the M&S Bank Arena, BT Convention Centre and Exhibition Centre Liverpool. It will replace the previous car park at King’s Dock, which was destroyed by fire, along with 1,400 cars, on New Year’s Eve 2017. It is planned for completion in early 2020 at a cost over £26m.

END_OF_DOCUMENT_TOKEN_TO_BE_REPLACED 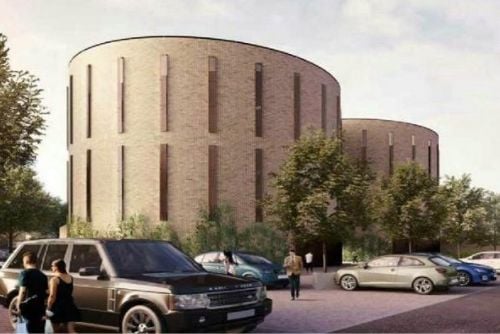